It doesn’t get much more frugal than Sourdough Tuna Melts! Budget friendly and you’re ready to serve dinner in less than 20 Minutes!

Please note that some of my blog posts here at Little Home in the Making may contain affiliate links. If you make a purchase through these links, I will get a small commission at no additional cost to you. See my disclaimer for more information.

When I think of Tuna Melts, I think of my childhood. Not necessarily because I ate a tonne of Tuna Melts or anything, but rather the entire idea of the can of chunk or light tuna. Tuna was having a real moment in the 90’s. From Tuna Fish Sandwiches, to Tuna Casserole and Tuna Helper, Tuna was seemingly everywhere.

I don’t know if Tuna truly was a “90’s food” in the same sense that something like a pizza roll or a pop tart is a 90’s food, but it certainly had its presence. It may have been residual from the Home Economics classrooms of our Boomer parent’s youth. I recall a story in particular about my mother making a Tuna Casserole so astonishing that her 8th Grade Home Economics teacher declared it the best she ever had (she crushed potato chips on top, don’t you know?). Whether tuna has it’s roots in 1960’s or the 1990’s is perhaps up for debate, but from my perspective, the humble can of tuna reminds me of those neon-filled days of my youth.

What Is a Tuna Melt?

The Tuna Melt is truly just a warm, melty, toasty rendition of the Tuna Fish Sandwich. Open faced, and covered with cheese, it turns a simple can of tuna into something a little extra. Typically served on anything from an english muffin to a kaiser bun, the Tuna Melt is a versatile option that can present itself as either a lunch or a supper. Served with a salad or a side of peas and carrots, it can be considered a complete meal. Perhaps the most wonderful thing about Tuna Melts is that they are so stinking cheap! A can of tuna the world over seems to be inexpensive, and a pantry staple that can often go unused.

What Do You Need to Make Sourdough Tuna Melts?

I would say the star of this particular tuna melt is not the tuna itself, nor the delicious cheese that is melted on top, but the thick layer of crusty sourdough that serves as a tasty vessel. I don’t like to give absolutes in recipes, but you absolutely MUST use a nice crusty sourdough. At the very least a crusty loaf of Italian or French bread. The $1 loaves at Wal-mart will even do in this situation. The thick, crusty bread really gives the Tuna Melt a chewy, yet crunchy texture that the tuna melts of my youth lacked.

The wonderful thing about Tuna Melts is how absolutely easy they are to make, and how fast they come together.

All You Need to Make Tuna Melts is:

How Do You Make Sourdough Tuna Melts?

Tuna Melts are sooooo easy to make, and once you’ve made them a few times you’ll absolutely love whipping them up for a quick lunch or a light supper.

The steps are simple:

It really is that easy!

We like to serve a simple veggie side of peas and carrots with tuna melts. This keeps your side dish easy peasy!

Did you make this recipe?

Leave a comment below and let us know how it went! Or tag me @littlehomeinthemaking on Instagram!

Ready to try Tuna Melts? Want to save them for later? Don’t forget to “Pin it” for later!

Hello, I'm Dolly! I'm a full time wife, mom, and blogger. I believe that a home is made one meal at a time.

My hope is that I can inspire you to gather around the dinner table, and make time for those who matter most. 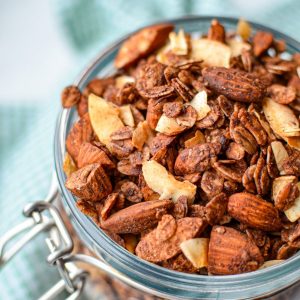 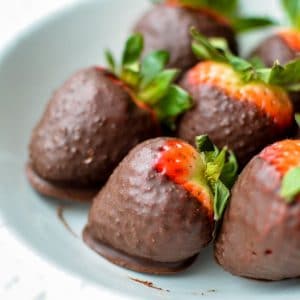 Looking for Something Specific?